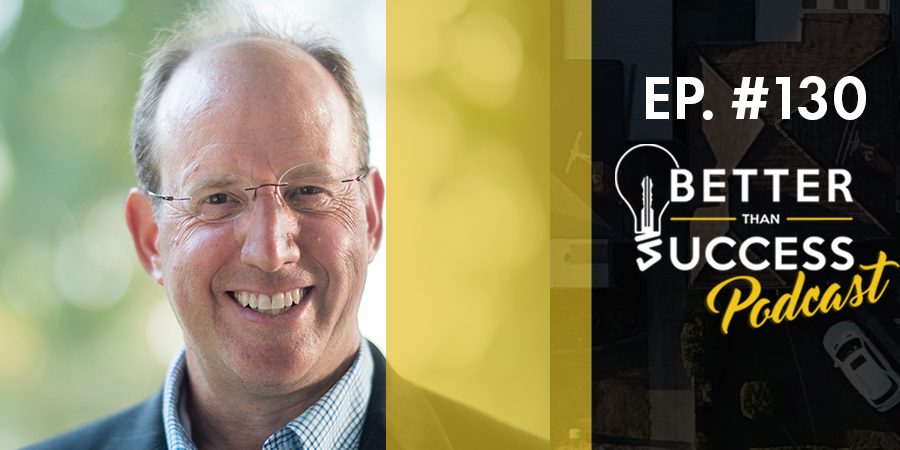 In episode 130 of the Better Than Success podcast, host Nicole Purvy interviews Ken Weinstein about Building His Residential and Commercial Real Estate Empire.

Ken is an active entrepreneur and real estate developer in the Philadelphia area. He serves as President of Philly Office Retail, which has renovated and restored more than 300 vacant and deteriorated commercial and residential units in the Philadelphia region during the past 30 years. Philly Office Retail currently owns and manages more than 800,000 square feet of commercial and residential space in the Philadelphia region and has received four Preservation Alliance Community Preservation Awards for its adaptive reuse projects. Ken founded and operated Cresheim Cottage Cafe from 1996 until 2004 and now owns Trolley Car Diner, Deli and Ice Cream Shoppe in Mt. Airy since 2000 and Trolley Car Cafe in East Falls since 2010. His third restaurant, Trolley Car Station, in University City, is slated to open July, 2018. Previously, Ken served as Chief of Staff for Philadelphia City Councilwoman Happy Fernandez from 1991-1995 and currently serves as President of the Philadelphia Housing Development Corporation (PHDC), as a Mayoral appointee, and Chair of the Mt. Airy Business Improvement District which he co-founded in 2007. Ken is Founder of the Trolley Car Teacher’s Fund , which contributes $25,000/year in grants to public school teachers, Trolley Car Table Tennis Club, the only full time table tennis club in the Philadelphia area and Jumpstart Germantown, which trains, networks and provides funding to aspiring real estate developers. Ken was an Organizer/Board Member of Valley Green Bank for 8 years until it was sold to Univest Bank in January 2015. In 2004, Ken was awarded the Business Leader of the Year Award by West Mt. Airy Neighbors, in 2005 was given the Community Service Award by the Center City Proprietors Association, in 2006 was named one of Philadelphia’s 101 Connectors by Leadership Philadelphia, in 2009 received the Distinguished Leadership Award by Community College of Philadelphia, in 2010 received the My Block, My Business Award by the Empowerment Group, in 2011 was awarded the Edgar Baker Community Service Award by East Mt. Airy Neighbors, the 2012 Retailer of the Year Award by the Philadelphia Chamber of Commerce and was honored by the Philadelphia Parks Alliance in 2013. In 2015, Ken received honors by the Waldorf School of Philadelphia, the Wissahickon Charter School and the Philadelphia Business Journal as “Do Gooder of the Year.” This year, Ken was honored by Mt. Airy USA and Historic Germantown as a community champion.
Ken’s mission is to revitalize neighborhoods by renovating vacant, deteriorated properties along Philadelphia’s commercial corridors. He believes that you can do well by doing good.

How to Build Your Residential and Commercial Real Estate Empire?

Ken Weinstein starts off explaining how he got started in real estate by seeing problems and situations in the community and trying to find solutions to them. Blight was something Ken was 100% against which is why he started the Jumpstart program. He explains how he wanted to find developers to slow down or stop blight as a whole. “I am willing to take risks to make the world better” Ken says.

In this episode Ken shares how he got into real estate. 30 years ago, living in Fishtown, Ken was really inspired by the city of Philadelphia. Watching his landlady at the time renovate 6 properties by herself gave Ken the assurance that he would be able to do the same. Although it took a while to aquire his first property after deciding real estate was an interest. “I saw a lot of opportunity in the Germantown area” Ken explains… “You need good market conditions, you need to see price points”.

“It took me about 7 years to get me to the point where i want to leave my day job” – Ken Weinstein.

Over the years Ken learned that real estate makes you better at your job and you are a better business owner/employer. One of the biggest points made in this episode is the difference

between residential and commercial real estate in the eyes of one the biggest developers in Philly.

“You should ALWAYS start in residential, that should be your ground level… it’s an easier development for anyone to understand and commercial should be long term” – Ken W.