Ep#117: How I Built One of the Largest Multicultural Fashion Media Companies with Claire Sulmers 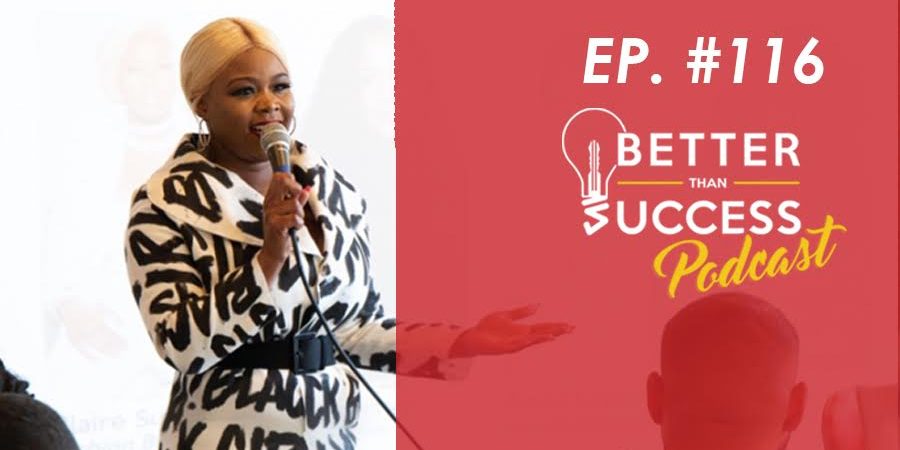 In episode #117 of the Better Than Success Podcast, host Nicole Purvy interviews Claire Sulmers. Ms. Claire Siobhan Sulmers is the founder of FashionBombDaily.com, and the industry’s leading fashion blogger chronicling fashionistas of color. Her pioneering work ushered in a new wave of digital journalism that fed and fueled an under-served community of African-American and Latino style lovers wanting to know more about brand from the culture. Beyond developing and directing content for FashionBomb Daily and its affiliate sites, Sulmers has done extensive style writing for other platforms including Vogue Italia , Vogue Paris , and ESSENCE Magazine. Her body of work and online following – now numbered above one million – has made Ms. Sulmers the influencer of choice for major corporate brands who want to reach her audience including Toyota, Reebok, Verizon, and mother. Ms.Sulmers, who hails from Atlanta, Georgia, holds a degree in French and African American studies from Harvard University. In 11 years, Claire has accumulated over 1.3 million followers, written a book “The Bomb Life”, and is now working on her 2nd book.

How Claire Sulmers built one of the largest multicultural fashion media companies?

After going to Harvard University, Claire always knew her passion was in TV and writing. She consciously went to New York after graduation and applied to almost every internship in TV in the city she could and she couldn’t land an internship. Claire then had to move back to her home in Atlanta, Georgia with her parents while her dream was not happening the way she thought it would. Not losing faith, Claire then continued her search for internships in her hometown. She sent a sample of her work to an upscale magazine company and was finally offered and unpaid internship. After working with the company for some time, they had an opening in the fashion department and offered her a job writing cover pieces. Although she was grateful for the opportunity, Claire knew her heart was in another place and she denied the position to follow her dreams. Moving on, Claire Sulmer decided to give New York another shot after having some background and she moved to New York. There she was offered internships that were very low paying, but she knew she had to do it. Finding her passion in Fashion, she started her own blog, The Fashion Bomb Daily. Following her career path at the time, she built relationships with other blogs and big companies started to link her. Now, at this time Claire became one of the first bloggers at New York Fashion Week. Claire shares in this interview that she would crash the fashion shows with her professional camera and catch a ton of exclusive shots. Claire then created her job that she has until this day being as though it didn’t exist in her early stage of finding her career. At the time, she was still working her job and realized she had to quit and focus on her blog full-time. She shares stories on how long it took (4 years) being in the business and when she was able to finally start making enough money.

Another turn hit Claire’s career journey when she decided she wanted to move to Paris. At the time, no one would hire her in Paris because they didn’t take her serious being so far away from Paris. She then moved to Paris and lived with a friend of hers mother’s apartment. Claire tells the audience how she moved to Paris with no money saved (she even spent all of her 401K savings before moving). She then tells the audience to “ask and you shall receive” after she shared that she asked for a job and went in in for an interview and landed the job…in Paris, she called this a miracle. Moving on, Claire created a path for herself and built one of the largest multicultural fashion media companies by working towards her goals.