Ep#123: How I Developed Over $54MM in Real Estate with Leslie Smallwood-Lewis 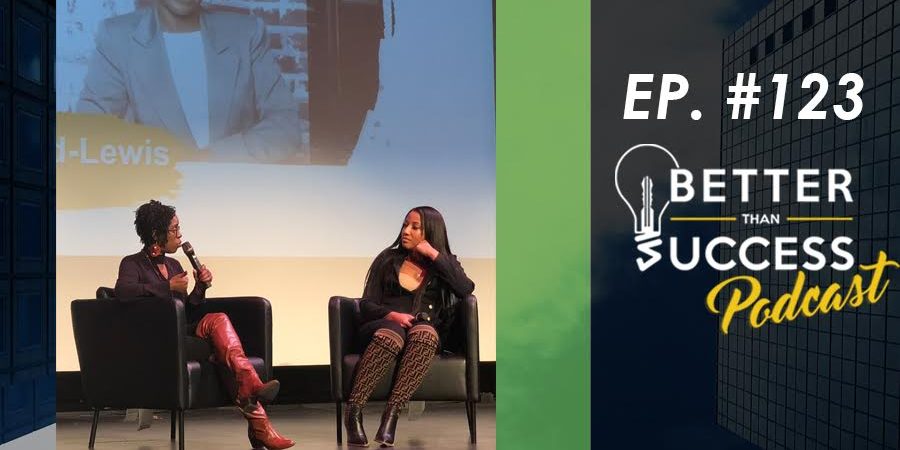 In episode 123 of the Better Than Success Podcast host Nicole Purvy interviews Real Estate Developer Leslie Smallwood-Lewis.  This episode was recorded live during the 2nd Annual Women in Real Estate Summit on Nov 3, 2018.

Leslie started her real estate career at the Goldenberg Group, a regional mid-sized real estate development firm located in Blue Bell, PA, as an Associate Development Director. During her 7-year tenure, she was promoted three times ultimately achieving the position of Senior Vice-President of Development. Leslie led the development of a $50 million, 342,000 square foot shopping center, the largest single development in West Philadelphia and the largest development in a Federal Empowerment zone located in the Commonwealth of Pennsylvania. In 2008, Leslie and her partner Gregory Reaves, established Mosaic Development Partners. Since its founding, Mosaic has developed over $54 million in real estate projects and has created over 200 construction jobs and 100 full-time jobs. Leslie is a graduate of Brown University and Villanova School of Law.

How I Developed Over $54MM in Real Estate?

In 2008, Leslie decided to partner with someone and to go out and do the development thing on their own while inspiring their own community. During this interview, Leslie explains to her audincce that typically people who are heavy into the real estate game are born into in. While inspiring others, she shares she was not and still managed to be one of the only black woman developers in the City of Philadelhia. After partnering with her current partner now, Gregory Reaves, she tells her story of how they were able to start investing in real estate by taking out their 401K’s.

“Be intentional about what youre trying to accomplish” Leslie says during the interview,

“You have to be willing to crawl before you walk, walk before you run”.

Leslie goes on to talking about how it all started with a lot near Temple University. She seen the potential in the lot and met with the community and proposed a great idea for not pushing people out being apart of the process for creating a better community which was a student housing project.

After deciding it was a great proposal, they went along with the $20 Million Dollar project. Although this was a very, very steep project, Leslie and her partner still didn’t have the money to finance this project. She then explains what she did to make this project possible. Leslie and her partner went out and found a developer who was established in the city and forged a partnership with them and negotiated a good deal making the project possible (which is now complete).

After this project, Leslie knew she could do this on her own with her partner. Leslie stresses the importance of having a partner during this talk, it is how everything she is doing is possible.

She then shares a little information on how the recession worked in her favor as a developer.

Leslie and her partner knew how to “think tight” and how to structure their deals based on that mindset which landed them as the ‘1st largest modular building in the City of Philadelphia’.

Moving on, Leslie touches a little on Reinvestment funds for developers.

“You have to be creative and think outside of the box. Do your homework.. Financial analyst is key!”

If you invest, you will get an inside look to development…

“Think long term.. Think of your children… development is not a fast return.

Relationships and through helping other people, you yourself grow and you build your own personal toolbox. It is very capital intensive, Partner with someone because development is tough but it is not impossible”.

To get your WIRE2019 tickets at deep discount…

To purchase all 14 recordings the WIRE lectures…

To get your “Real Estate Jawn T-Shirts”…

Ep #132: Being a Woman General Contractor who Developed over $35mm in Real Estate in Just 2 Short Years with Julia Choseed
February 7, 2019
Follow Our Tweets
Tweets by BetterSuccess
Go to Top