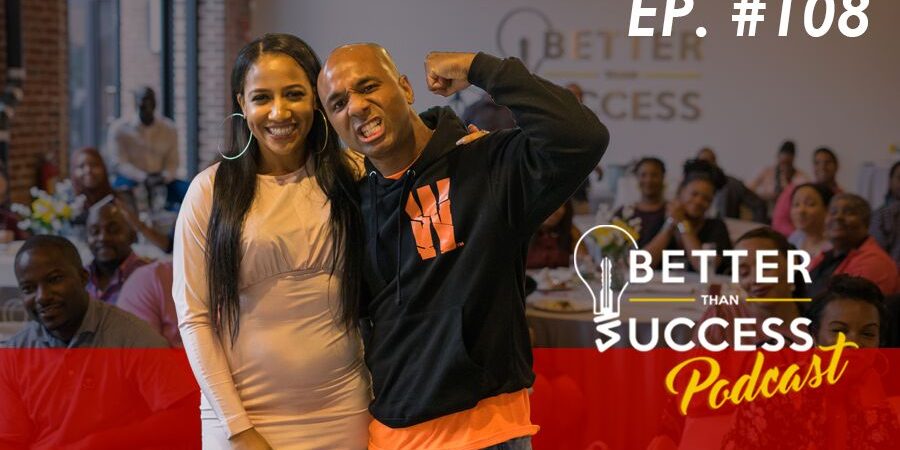 In this episode of the Better Than Success Podcast Host Nicole Purvy interviews @Wallo267.

With his first criminal conviction at the age of 11, Wallo267 went on to spend five years in and out of the juvenile system. By the time he reached 17 the Pennsylvania Department of Corrections identified him as inmate #DG-2670. While serving his time he realized he was in prison for being someone he really wasn’t. From that moment on he started embracing his individualism. As Wallo267 would say “he wasn’t in jail he was Yale, he wasn’t in prison he was in Princeton, he wasn’t in the State Penn he was in Penn State”. He ran into a cell phone as his sentence was coming to an end, that cell phone helped him see that the world was bigger than the streets that once dictated his every move. At the age of 37, he walked out of prison February 18th, 2017 after serving twenty years for multiple armed robberies and firearm violations.

Fast forward to now, Wallo267 started his journey with no resources or capital. He has found his purpose inspiring the world through his Instagram page. Averaging over 2 million impressions a week, he is most known for his viral videos titled “Don’t Wait Until It’s Too Late” and “It Cost Too Much To Be A Criminal”. As a social media game-changer, he will make you think, laugh, and cry. Wallo267 has gained the attention of professional athletes, hip-hop artists, influencers and Shark Tank’s Daymon John giving him the title Street Shark. Wallo267 owes his own thoughts and is consistently pushing people to believe in his motto “No One Can Stop You But You”.

How did Wallo267 become a marketing genius in 1 year?

Growing up in an area where his “hero” was on the street corner, Wallo267 only knew what he seen growing up. Wanting to fit in and looking up to his so-called hero wearing designer clothes with the finest jewelry and pockets full of “street” money, Wallo267 did what he had to be like the people he defined as “heros”. It took Wallo267 years to realize the “streets” was not the way of life. In this podcast episode, he tells the audience that when you’re actually in ‘something’, you cant see the outside. There are many ways in which he meant that statement. Growing up in North Philadelphia, this is what Wallo267 was exposed to as a child. He grew up in the environment where his hero was doing anything to ‘fit it’. Not knowing how to read or write, Wallo only knew one thing –money!

That was the only goal when he was younger. He explains how his father was incarcerated while he was growing up and that was all he knew. Visiting his father only made him want to visit the jail even more until him and his father were cell mates says Wallo. After spending 5 years in the juvenile system, prison became his home for the next years 20 years. Wallo explains how he spent more time in prison than in the world because he was so used to doing time. “One time, i forgot it was my birthday because i was not used to remembering anything important being inside of prison… the only thing you could remember in prison was chasing your own freedom” he said. It wasn’t until a couple years in prison when Wallo267 realized that no one cared about what was happening in prison but there was so many things being presented in the media. Once he realized it’s him vs. the real world is when Wallo267 found his purpose in the the world. “Its hip to talk about the struggle, but no one wants to really get around the struggle”. It wasn’t until that moment when he decided that when he gets out of the system he would speak publicly about people/media outlets who are constantly talking about these struggles/issues but not doing anything about it as well as speaking to people moving in the direction of incarceration as he did before he did the time. Still in the walls of prison, Wallo shares his story of him getting a cell phone in prison. Getting a cell phone from a good friend of his opened his eyes even more and he was able to see digitally what was going on outside of those 4 walls.

Wallo267 also talks about his ‘Book Of Life’ which also helped his transition from prison to being a marketing genius in 1 year. In this book, he interviewed people in jail, specifically new people to get an idea of what was going on in the world beyond prison. Once he got a good grasp on the ‘real world’ Wallo267 was able to come up with a genius plan to implement when he was granted freedom. He now is one of the most motivational/inspirational speaker in Philadelphia.

How to Win Investing in Detroit With Asia Denson
September 29, 2021